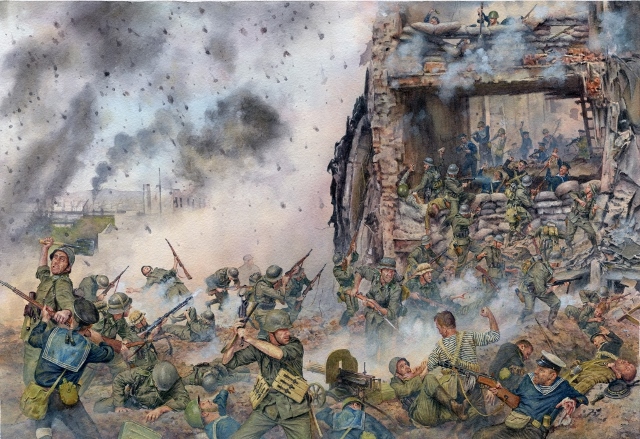 I was thrilled to see Osprey Publishing used one of my artworks from their forthcoming title- Campaign 281, Caucasus 1942-43, as the header image on their Facebook page!
The request was to show intense hand to hand fighting between German infantry and Soviet Naval Infantry, in the battle for control of the Cement Factory on the outskirts of Novorossiysk, 8-9th September 1942.
Several sketches, many questions and lots of reference helped build the painting and create the frantic scene.
Scroll down and you can see it in it's not quite finished state in an earlier post.